What is Hyperbaric Oxygen Therapy?

Clinically, the oxygen used inside an HBOT chamber must be rated Grade A (medical grade oxygen) and contain at least 99% oxygen content. The pressure inside the chamber must be at least or greater than 141.86 kPa (ideally 1.5 ATA) to ensure optimal absorption of oxygen by the lung. 1,8

The hyperbaric chambers are classified into three categories, namely:

1.Multiplace chamber, Class A: This is for multiple human occupancy, including medical and support personal. Unadulterated oxygen is pumped inside the chamber directly, allowing patients to breathe naturally.

2. Monoplace chamber, Class B: This is for single human (patient) occupancy. Unadulterated oxygen is delivered via masks or endotracheal tubes.

Incredibly, treatment using HBOT goes back as far as 350 years ago. In 1662, an English cleric named Henshaw constructed a chamber called chamberdomicilium to treat indigestion, breathing difficulties and respiratory infections. The pressure inside the chamberdomicilium was regulated using bellows. 2

By the 19th century, HBOT progressed to a whole new level thanks mainly to a generation of French physicians who explored the therapy using a variety of methods. By the mid-1800s, French physicians were already using HBOT to treat a wide range of ailments including pulmonary diseases and tuberculosis. French-made mobile HBOT chambers became popular among the elite in Europe, and were promoted as an alternative to health spas. 3,4 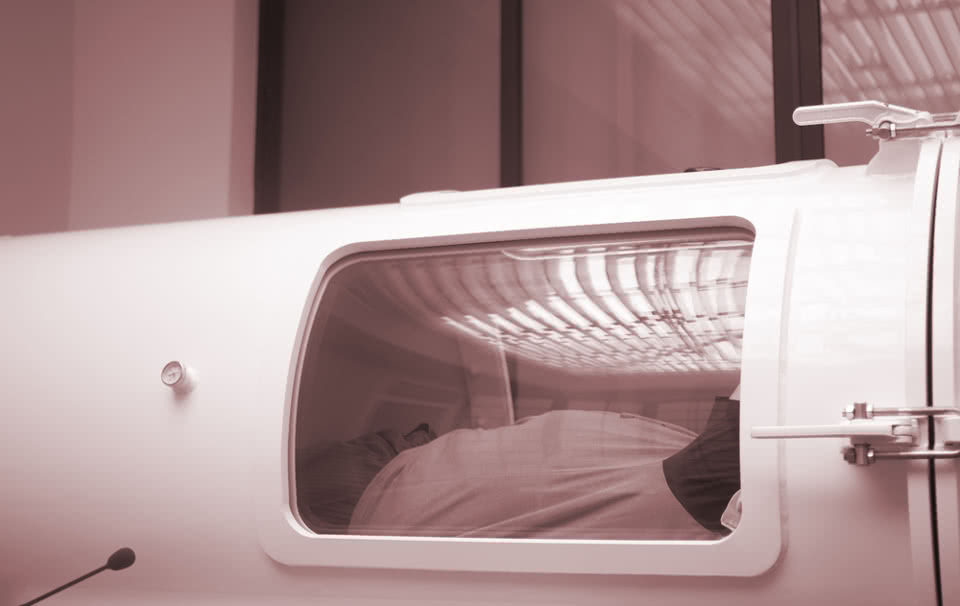 By the early 20th century, serious studies began to be performed on the efficacy of HBOT. Even navies from around the developed world began taking a closer look at HBOT as a method to decompress divers and treat decompression sickness and the potentially fatal arterial gas embolism. HBOT technology also allowed the military to safely perform various testing at different depths and oxygen purity levels without the risk of convulsions or oxygen toxicity. 1,5

As its popularity grew, various bodies and associations, such as the Hyperbaric Oxygen Therapy Committee and Undersea and Hyperbaric Medicine Society, emerged towards the final quarter of the century to properly organize and regulate treatments using HBOT. Specific standard operating procedures were gradually established to assist in credentialing and treatments in the areas of internal medicine and post-surgical recovery.

HBO therapy essentially entails the systemic delivery of pure oxygen into the bloodstream. However, even in an oxygen-saturated environment, the human lung is incapable of absorbing high levels of oxygen unaided. This is why HBOT chambers were created. The high level of ambient pressure forces the lung to absorb oxygen delivered via breathing. This causes the body’s oxygen carriers, haemoglobin, to be immediately saturated with oxygen. The body will then gradually dissolve the oxygen into the blood plasma which in turn will release the oxygen to specific regions of the body. 6

So why do we need the high concentration of oxygen in the blood stream?

(i) Mechanical: Oxygen reduces the size of air bubbles in the bloodstream for people suffering from decompression sickness and gas embolism.

(iii) Cellular energy metabolism: Enhance oxygen levels increase the body’s ability to repair wounds by increasing production of regenerative chemicals and enzymes and the absorption of nutrients, leading to swifter healing of wounds and infections.

Who Should Use Hyperbaric Oxygen Therapy?

HBOT’s ability to deliver enhanced level of oxygen to the body is beneficial to address a wide range of ailments and diseases, most notably those involving chronic diabetes or radiation-linked wounds. The most prominent governing and credentialing association for HBOT, the Undersea and Hyperbaric Medicine Society (UHMS), endorses the use of HBO therapy for patients suffering from the following 14 conditions:

Additionally, HBOT is believed to increase the effectiveness of several types of antibiotics such as aminoglycosides and sulfasoxazole. 6

However, as mentioned above, the two most common uses of HBO therapy are diabetic-related wounds and ulcers and radiation damages caused during chemotherapy sessions.

Risks and Side Effects Associated with Hyperbaric Oxygen Therapy

The risk and side effects of HBOT is most commonly associated with the elevated pressure inside hyperbaric chambers. As such, the most common issues for patients taking HBO therapy are barotrauma, breathing difficulty (pneumothorax), lung injury, hearing loss, vertigo, nosebleed and myopia. 2,10,11,15

Hyperoxygenation also carries the risk of oxygen toxicity. Although seizures caused by oxygen toxicity are rare, they can happen, especially involving Vitamin-E deficient patients. In such instances, the efficacy of certain antibiotics such as fluoroquinolones and vancomycin are also significantly reduced.

HBOT is not recommended for patients who suffer from cardiovascular diseases or consume high dosages of steroids. 6,12

The cost for treatments varies wildly depending on the condition, length of treatment and location. The cost of a single therapy session ranges between £50 and £1,000. The number of treatment also varies, and may take as many as 40 sessions.

2. What is the duration of treatments?

Again, it varies. Individual sessions can last anywhere between three and 120 minutes. Treatments are rarely extended beyond 120 minutes as symptoms of oxygen toxicity may manifest after two hours. There must also be a minimum gap of at least six hours between two sessions.

3. Is Hyperbaric Oxygen Therapy approved by the NHS?

The NHS Commissioning Board only approves HBOT for three specific types of ailments: gas embolism, decompression illness and carbon monoxide poisoning (acute). Exceptions will be made for treatments conducted under pre-approved clinical trials. 13

4. Is Hyperbaric Oxygen Therapy approved by the U.S. Food and Drug Administration?

The U.S. FDA approves the use of HBOT for 13 types of conditions (as outlined in Section 4, with the exception of loss of vision). However, the agency is concerned by the many exaggerated claims about HBOT found online. According to them, there is no evidence for the effectiveness of HBOT in the treatment of diabetes, cancer, AIDS/HIV or Alzheimer’s. Using HBOT for conditions not cleared by the FDA may result in further deterioration. 14

There have no recorded deaths during HBOT treatments, which are required to be performed under the supervision of a medical professional. However, minor side effects outlined in Section 5 above may occur. In most instances, the symptoms will disappear moments after patients are taken out of the hyperbaric chamber.